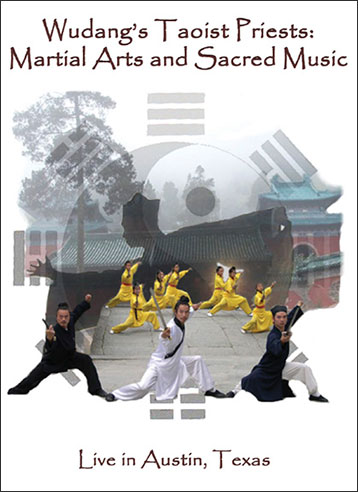 In July, 2006, thirty-two Taoist priests from Wudang made an historic journey to Austin, Texas to perform their world famous martial arts and Taoist ceremonial music, complete with swords, costumes and traditional Chinese instruments. This one of a kind film records their breathtaking performances, including scenes from their rarely seen sacred ceremonies performed for the people of Austin.